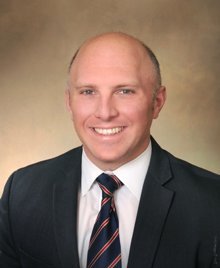 Joseph Monte is an associate attorney at Ramey & Kampf, P.A. whose practice is focused onFirst and Third Party Coverage, Personal Injury Protection, and Bodily Injury claims. His litigation experience is relied upon by the firm in preparations for trial when conducting complex discovery. He has often been successful in obtaining dismissals through motion practice and Summary Judgements.

Joseph is a member of the Florida Bar and also admitted to practice in the Middle District of Florida.

He is a member of professional organizations including: Hillsborough County Bar Association and more recently the Tampa Bay Inn of Court as a Barrister.

Joseph attended the University of South Florida for his undergraduate degree. His studies included a major in English with a focus in Professional / Technical Writing and a minor in Political Science. While at the University, Joseph was a student senator, President of the College of Arts and Science, and assisted in many student projects. He was an active member of the Beta Theta Pi national fraternity. Joseph raised thousands of dollars for the Voices for Children — Guardian Ad Litem organization. He continues to partake in leadership events throughout the United States, educating undergrads on leadership fundamentals. While in college, he also worked at the Hillsborough County State Attorney’s Office as a legal intern in the Major Crimes unit.

He earned his Doctor of Jurisprudence from South Texas College of Law where he served as Student representative for the Student Bar Association and three term president of the Florida Law Student’s Association.